Pitchfork: It Took A Forensic Revolution To Catch Him…Can It Be Right To Release Him?

Pitchfork: It Took A Forensic Revolution To Catch Him…Can It Be Right To Release Him? 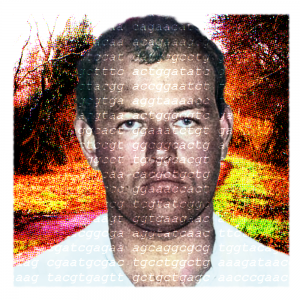 The Parole Board’s decision to release British rape-killer Colin Pitchfork has proved hugely controversial. Pitchfork, the first killer to be convicted of murder on the basis of DNA evidence, killed two Leicestershire schoolgirls in the 80s and had been behind bars since 1988…

All he wanted to do, Colin Pitchfork said, was to expose himself, and that gave him the thrill he needed. He had flashed at least a thousand times in his life – he was even able to name a few of the women he had accosted – but after killing Lynda Mann he stopped flashing for six or eight months.

Then the urge returned. He was riding his motorbike when he saw Dawn Ashworth walking along a footpath. “I parked the bike, and just walked after her into Ten Pound Lane. There I was in broad daylight and no one saw me.”
He walked behind Dawn and had what he described as “a gut feeling.”

“The feeling was saying to me: ‘No, no, no, no!’ But the other side of me was saying, ‘Just flash her. You’ve got a footpath. You’ve got all the time in the world.’

“There’s rules as to how I play the game. No matter where I exposed myself, they always have room to walk by me. It’s the easiest way. You shock them. They walk by you and then you get your exit route clear.”

Dawn did not do that. She didn’t walk past him or allow him room to escape. She ran into a field instead, and thereby broke his rules. For that she too was to blame, in Pitchfork’s eyes.

So he followed her into the field, aware that she had seen his motorcycle jacket and that if she were able to identify him the police might get on to him as the killer of Lynda Mann.

“The same feelings were coming back. I was in a trap again.”

He caught up with her, raped her, and knew he had to kill her. He shrugged his shoulders philosophically as he told the investigators:

“One murder or two, the sentence is the same…”