Now How Many Victims For The World’s Most Evil Couple?

Now How Many Victims For The World’s Most Evil Couple? 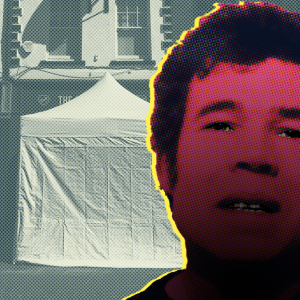 Mary Bastholm was last seen alive in January 1968. Aged 15, she may have been the first of many unfortunate souls to fall prey to serial killer Fred West. For decades her disappearance has been tacitly assumed to be the work of West, but with no real evidence that seemed to be the end of Mary’s sad story. But in May 2021 her name was in the news in a way it hadn’t been before, even when she went missing 53 years earlier.

It was announced that police were about to start digging up the cellar floor of a Gloucester café in the belief that Mary’s remains may have been concealed there. In the lead-up to the dig investigators had detected six “voids” beneath the concrete floor of the cellar, possibly indicating that something had decomposed there. Intriguingly, when an endoscope was fed down into one of the voids it seemed to see a scrap of blue fabric. The café in Southgate Street is known to have been one of Fred West’s old haunts. Reports of the new investigation sparked memories of a multiple-murder case that horrified Britain in the 1990s and has been in the news on and off ever since.

It was in 1994 that we first heard the address of the house of horrors where West and and his wife Rose presided over a string of torture-murders unlike anything previously known. Number 25 Cromwell Street, Gloucester, etched itself on the nation’s memory, and to understand the background to the new investigation we should look back at what went on there…