“My Escape From A Serial Killer”

“My Escape From A Serial Killer” 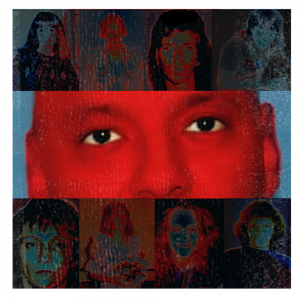 On the outskirts of Palm Springs, California, a pretty 19-year-old girl stood at the roadside, her thumb raised in the air. Ordinarily, Jennifer would not have hitched a lift. But she had been warned she could lose her job for bad time-keeping, and on September 27th, 1992, she was running late.

The driver who stopped to pick her up was muscular and clean-cut, his mild manner making a favourable impression. He opened his car door, offered to take her directly to work, and she readily accepted. How was she to know he was a serial killer?

Eleven years later she was a prosecution witness in his May 2004 trial for the 1996 murder of Cassandra Corum, 21, of Hammond, Indiana, whose raped and naked body was found in a river near Pontiac, some 100 miles south-west of Chicago.

In a packed courtroom in Livingston County, Illinois, Jennifer described her escape from the sex maniac said by the prosecutors to have killed eight women in Illinois and California.

When Andrew Urdiales was in his early teens, the court heard, he had killed his family’s dog because it wouldn’t obey him. He told his mother it had fallen down a flight of stairs and broken its neck.

As his trial continued, the jury heard his taped confession to three other murders in the Palm Springs area. The victims, he said, were all prostitutes who walked the streets after dark, picking up any man willing to part with $10 or $20 for oral sex.

The court was told that their bodies were found dumped in rivers in June 1988, April 1989 and March 1995. One of them had her throat cut so deeply that her head remained attached to her neck by only a few muscles…