Murdered In The Manor

Murdered In The Manor 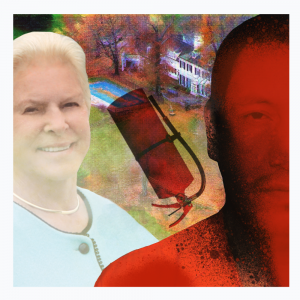 The police received the emergency call to attend the house at Titcius Road at around 5.30 p.m. on the evening of November 9th, 2015. Officers rushed to the sprawling, 300-acre property worth millions of dollars in one of the most exclusive areas of New York state, and entered the huge, colonial-style, white pillared house.

There, they discovered a gruesome scene – 83-year-old Lois Colley had been battered to death. She had been found by the caretaker, bludgeoned and bloodied in the laundry room of the huge mansion. At first, police suspected a burglary gone wrong. In an area of extremely low crime, it seemed the most plausible theory. Yet there were no signs of forced entry and, most puzzling of all, none of the valuable, even priceless, antiques, art or jewellery had been taken.

In fact, the only thing missing was a fire extinguisher. Scores of officers, backed up by search dogs and helicopters overhead, scoured the grounds for evidence. With one of the richest areas in the country to look after, police were eager to solve this as quickly as possible.

A few days after the investigation began, the missing fire extinguisher that had been used as the murder weapon was found wrapped in plastic at the bottom of a pond on the farm. At the nearby laboratory in Brewster, police found traces of DNA from just two people on it – one set belonged to Lois, so the other set had to have come from the killer.

Meanwhile, as nothing had been stolen, and with no sign of a break-in, police had been working through the staff at the mansion to check everyone’s alibis and whereabouts for the time of the murder. Nothing stood out, however, so detectives spread the net wider, and started to trace former workers and employees at Windswept Farm.

Yet it seemed no one had anything but good to say about their former boss. Everyone praised the Colleys for the way they ran the farm and treated their staff. All except one person, that is…