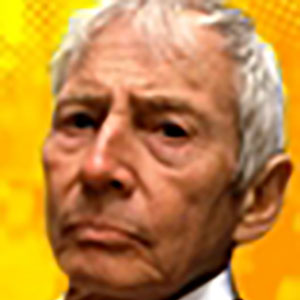 “He had a compulsion to tell his story, and frankly I think he enjoyed the feeling of being at risk,” said the director Andrew Jarecki.

The result – Robert Durst telling his own version of the controversial events of his life – became a six-part television documentary. The Jinx gripped America with a cast of Hollywood stars, drugs, gruesome murders and a creepy but utterly compelling principal suspect who also happened to be a cross-dressing billionaire. It was a TV show that could have been ripped from the pages of a pulp fiction novel.

Did Durst enjoy the “feeling of being at risk,” as the producer suggested? He must have known he was getting pretty close to the brink when the letter written to “Beverley Hills” police department with the misspelling of Beverly on the envelope was produced during the programme.

Durst observed in front of the cameras: “Only Susan’s killer could have sent that letter.”

Astonishingly, in its last episode, broadcast in June this year, the real-life drama reached a shocking dénouement when Robert Durst was apparently heard “confessing” to the murders of his first wife Kathie, neighbour Morris Black and long-standing friend Susan Berman.

He was heard to mutter, off camera: “What the hell did I do? Killed them all, of course…”