Monster Of Murder Takes His Secrets To The Grave

Monster Of Murder Takes His Secrets To The Grave 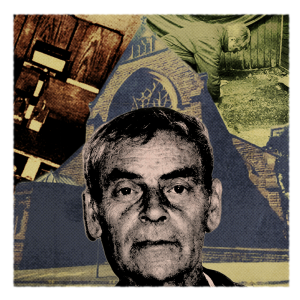 The death of Peter Tobin, one of Britain’s most notorious killers, made headlines – and it’s easy to see why.

Depraved and cold-blooded, the twisted Scottish serial sex-killer had a criminal record that speaks for itself. Convicted of three horrific murders – those of Vicky Hamilton, Angelika Kluk and Dinah McNicol – but suspected of many more, he was never likely to taste freedom again once the authorities had brought him to justice.

His unmourned passing, while chained to a hospital bed, leaves many questions unanswered. Tobin claimed to have murdered many more victims than the three unfortunate souls we know about. Perhaps as a last opportunity to inflict more suffering and exercise one final bit of control, Tobin refused to divulge any further information.

He had boasted of killing a further 42 women. Was this merely the idle claim of a captured monster? Perhaps. Yet it seems almost inconceivable that many others did not die by his hand over the years in which he was free.

But when the opportunity presented itself for him to talk, Tobin remained tight-lipped. His choice was to go to his grave with his reputation as a despicable monster of murder firmly intact…