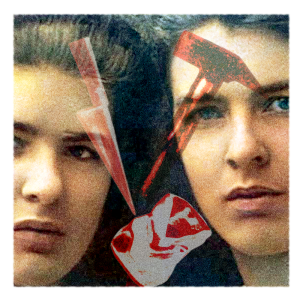 “I somehow sensed that they were about to attack us. Then as Mademoiselle Lancelin flung herself at me I jumped first and literally scratched her eyes out. Then Léa jumped on Madame Lancelin and scratched at her eyes in the same way. They crouched, begging for mercy, but I rushed down to the kitchen to fetch a hammer and a knife.

“With these two instruments my sister and I fell upon our mistresses. We struck at the heads with the hammer, hacked at the bodies and legs with the knife – and also lashed out with a pewter pot, which was on a small table on the landing.

“We exchanged one instrument for another several times – by which I mean that I would pass the hammer over to my sister, while she handed me the knife. And we did the same with the pewter pot.

“They were screaming and crying all the time. But I don’t remember anything they said.”

At last the mother and daughter lay still. Then, Christine said, she went downstairs and bolted the front and back doors. She was joined in the kitchen by Léa, where they washed their hands in the sink.

Then they went upstairs to take off their bloodstained clothes…and make love.