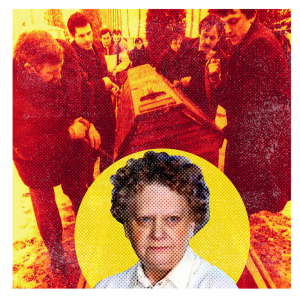 It began for the police as a routine “missing person” report. The two daughters and the two sisters of Bernard Hettier went to the local gendarmerie in Nancy, eastern France, to report his disappearance. A bored gendarme took down the details. Hettier had last been seen alive leaving a post office in the suburbs of Nancy, a few minutes before noon on June 22nd, 1986. Then he had vanished.

The case was low-priority but Hettier’s distraught relatives continued to pester the police, and an investigation was set in motion. It was destined to become the most expensive and long-lasting missing-person inquiry in the history of French criminal investigation.

Bernard Hettier’s background was quickly established. He worked as a foreman at a local chemical factory. Aged 54, he had been twice divorced and had four grown-up children. He was known as something of a suburban Don Juan: well built, strong and good-looking, with fair hair. Although he tended to seek the company of young girls in trouble – alcoholics or drifters who were easy to bed – he had recently formed a relationship with a woman nearer his own age.

Perhaps she had merely been the latest in a long line of conquests of whom he had quickly tired, and he had decided to leave town to let things cool off. The police found it difficult to take the case seriously. The latest woman in the man’s life would be interviewed as a matter of routine. That woman was Simone Weber.

She lived in a small white-washed cottage at Posiéres-aux-Salines, a village on the River Meurthe a few miles from Nancy. The narrow road on which it stood was called Ruelle de l’Abattoir – or Slaughterhouse Lane…

Read the full report in Murder Most Foul No. 112 »