Life And Horrific Crimes Of The Green River Killer

Life And Horrific Crimes Of The Green River Killer 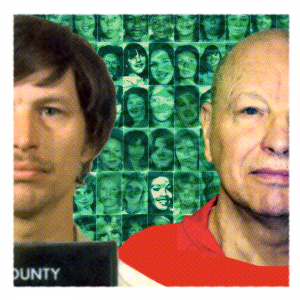 In February 1990 a city council worker found a human skeleton on a hillside near a park in a Seattle suburb close to the Meat Market strip. The skeleton was passed on to the Green River task force.

Later the skull turned up in Portland, Oregon. The only theory on offer was that the killer had purposefully deposited some of the remains in different locations, even in different states, to confuse the police.

The skulls of Green River victims Mary West and Kim Kai Pisor, and the jaw-bone of Debbie Abernathy, were just some of the partial remains that were found in areas totally different to that of the bodies. Clearly the killer had returned to the dump sites again and again.

Was he Gary Ridgway? Seattle Police forensic scientists had linked his DNA to Opal Mills, Marcia Chapman and Cynthia Hinds, and there were also “certain factors” linking him to Carol Christensen’s death. Her body was found in woods with a grocery bag over her head. Like all the other victims, she had been strangled.

The four women became the subject of an indictment against Ridgway. In addition to the scientific evidence the police said there was circumstantial evidence that Ridgway often camped and picnicked in isolated areas where some of the bodies were found; he often “scrounged” for re-sellable items from illegal dump sites where other bodies were found; and he was caught by police parked with a prostitute in a dead-end road just yards from where two victims’ bodies were found…