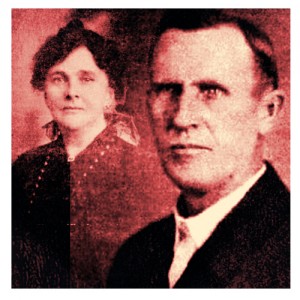 Born on his parents’ farm in Randolph County, Arkansas, in 1872, John Kizer grew up among the animals and liked them, with one exception. He hated dogs, perhaps because he was bitten by one when he was a child. By the time he was 15 he thought nothing of sitting up all night with a sick sow, but he’d kick any dog that crossed his path.

At 25 he decided to become a vet. No qualifications were needed at that time – the Arkansas authorities required none until 1915, and even then anyone with two years’ practice received a licence without examination. In 1917 he married Mrs. Birdie Brooks, a widow with three grown-up children and an inheritance.

They settled in Pocahontas, the county town of Randolph, and were appointed county agents, instructing farmers and their wives on modern husbandry and agriculture. His wife taught the farmers’ women new methods of canning and preparing food. The couple were said to be the best pair of agents that Randolph County had ever had.

It wasn’t until 1925, when John Kizer had been married for eight years, that he underwent an incredible change that would stay with him until the day he died. Perhaps he had grown tired of Birdie. Perhaps his love of money became overwhelming. In any event, he decided that Birdie should take out a life insurance policy.

A few weeks after receiving it, she took to her bed. In those days any inexplicable fever was called “malaria.” Birdie Kizer had a temperature, chills and a touch of ague. Obviously, said her husband, it was malaria…

Read the full report in Murder Most Foul No.104 »