Kyle Knew He Had To Escape His Torturers – Or Die

Kyle Knew He Had To Escape His Torturers – Or Die 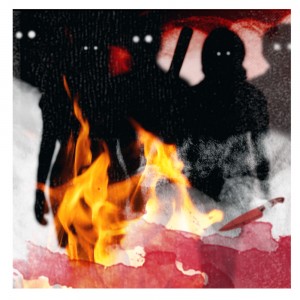 As details emerged, the usual stories abounded in the neighbourhood as locals spoke of a strange family in a house full of kids, who hardly spoke to anyone else and never invited other kids into their home, despite Ms. Lau’s children all going to the local junior school.

One neighbour recalled seeing Kyle Ramirez mowing the lawn a few times, but then didn’t see him for months and assumed he’d “gone back home.”

The youngster told stunned social workers that he’d escaped after being “hit with a baseball bat, beaten with a flashlight, cut with a knife and chained to a table.”

Just before he escaped he heard two of his captors discussing how they were going to “chop him up and throw him in the delta…before moving to another town,” a welfare report stated.

“I knew it was now or never,” the boy said. “I thought I was probably going to die that night.”

Anthony Waiters, a burly former youth football coach, was the first to go on trial and Kyle bravely gave evidence and faced down his abuser in court. ”He beat me unconscious once and set my pants on fire,” said Kyle. “They were all laughing at me because I was hopping round trying to put the fire out as my body burned. I was also burned and branded with a hot baseball bat. Sometimes I’d go for days without eating.”

Kyle said that, another time, Caren Ramirez, 45, Michael Schumacher, 36, and Kelly Lau, 32, held him down while Waiters, 30, repeatedly sliced his arm with a kitchen knife. “He cut my arm and poured bleach on it,” said Kyle.

“It burned and it hurt so bad, I can still remember the pain. There were other times I got beat so bad I became unconscious. I had hot water thrown on me, I was hit and choked with a belt, punched with boxing gloves, and was forced to drink alcohol. Sometimes I just gave up hope that I would ever get out of there alive.”