Killer’s Life In The House Of Rotting Corpses

Killer’s Life In The House Of Rotting Corpses 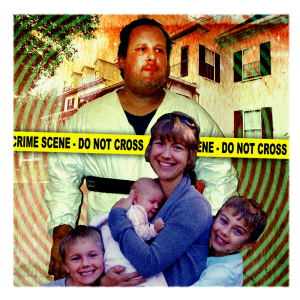 Anthony Todt, 46, was a sports massage therapist who ran a couple of clinics back in his hometown of Colchester, Connecticut. He was married to his childhood sweetheart, stay-at-home mom Megan, 42, and they were parents of three children: Alec, 13, Tyler, 11, and Zoe, four. Their Labrador Breezy was of course an integral part of the family.

Unbeknown to his new neighbours and even to his family, Todt had left a whole lot of problems behind him in Connecticut. The family hadn’t been living for more than six months at 202 Reserve Road, Celebration, when the police turned up on January 12th, 2020, with an arrest warrant.

There was no response to the police knock on the door, so the officers gained entry. Instantly they were overwhelmed by the stench of rotting flesh. They heard a man’s voice coming from upstairs; seconds later Anthony Todt, a massively built man, emerged on to the landing, holding the balustrade and shakily trying to walk down the stairs.

“He was shaking, sweating, mumbling and hardly able to walk,” recalled one officer. Others helped him down the stairs.

“My wife is upstairs,” he mumbled. “I think she’s asleep.” They called out to Megan, but there was no answer. Deputy Chris Boos walked up the stairs and saw a bedroom door open to the right. Through the opening he saw two people lying on mattresses on the floor and covered with blankets.

“My stomach started to churn,” Boos recalled. “I knew this was going to be a bad day, but it turned out to be one I would never forget…”

Inside the bedroom the officers found the bodies of Megan and the three children wrapped in blankets and decomposing. Alongside them was the body of Breezy the dog. The family, it was later ascertained, had been dead for weeks…

The body of Alec, the Todts’ elder son, was partially mummified. He had been repeatedly stabbed; the wounds were between three and four inches deep. There was a bed on the far side of the room. Boos walked across to it, pulled back the blanket and came face to face with Megan’s decomposing body. Megan and the two boys had been stabbed several times, as had their dog. At the foot of the bed there was another body wrapped in a blanket. This was little Zoe…