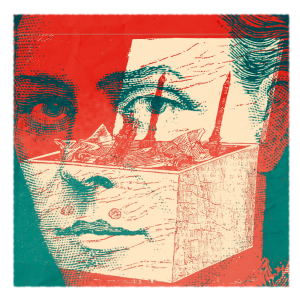 As the hours passed, the odour of the steam rising from the copper became fetid and the horrible liquid in it changed colour several times, each darker than the time before.

At last, Kate Webster was satisfied that the boiling water had done all she could reasonably expect of it. She let the fire die down and the water cool.

Then, in the reeking steamy atmosphere, Kate commenced the gruesome work of packaging the part-boiled remains that were choking the broad cup of the copper.

Some smashed bones and bleached chunks of flesh she crammed into a large box she had waiting. More was wrapped and packed in a capacious bag that was dumped on the box. Sheets of brown paper were spread over the damp and slippery stone of the scullery. On to these were dumped the ghastly remnants still in the stained copper.

At last, the packaging was completed. Then she turned to the nauseating task of draining and scouring the copper and pouring its sickening viscous liquid down the scullery drain…