Just How Many Men Did Emma Murder?

Just How Many Men Did Emma Murder? 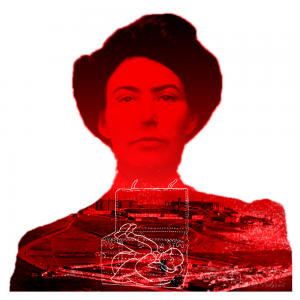 She smiled, but this was wasted on Deputy Sheriff Jack Whelihan, who marched her straight to the office of City Marshal E. P. Shine. And Shine, moved by the incongruity of her presence in his musty chambers, ushered her outside again and offered to walk with her until it was time to leave.

District Attorney C. W. Norton and Deputy Carlton Case of Stockton were already on their way. An hour or two would see the end of all this courtliness. Meanwhile the bearded old marshal and the woman with blood on her hands strolled down by the water of San Francisco Bay.

Emma was only a step from the water’s edge and the marshal saw her staring at the waves. He took a quick step forward to stand between her and the edge of the wharves. “Pardon me,” he said, “I like to walk on the water side myself”

Emma looked up at him. “You think I would try to drown myself? Oh, no – you needn’t be afraid. I’ve done nothing wrong, and I want to get a little more fun out of life before I go. Don’t worry about me.”

The walk continued slowly and no more was said. Emma’s return journey to Stockton began as soon as District Attorney Norton and Deputy Case arrived. She slipped aboard a waiting train without being seen by the crowd that had gathered, wondering if there would be a confession on that ride.

“Did I kill Albert McVickar?” she said to Norton. “Oh, what a terrible thought. Yet I can see that’s what you think.”

“Yes, that’s what we think,” said the prosecutor, opening Emma’s small black satchel to examine its contents. As he brought them out one by one, he thought they were strange belongings for a blameless woman. There was a half-full bottle of carbolic acid and another of laudanum. There was a receipt for the furniture McVickar had bought and a considerable amount of cash. Finally there was Albert McVickar’s gold watch and chain.

“So you didn’t kill McVickar,” said the district attorney. “So you had nothing to do with it. You just saved the poor fellow’s watch because you were sentimental about it.”

The district attorney stifled an imaginary yawn and turned to watch the passing scenery. “Uh-huh,” he said.

Emma remained silent after that. She fixed a veil for her pert little hat and did not lift it again until she stepped from the train at Stockton and saw the waiting cameras of the newspapermen.

‘Why, look at this crowd staring at me,” she said. “I must have done something wonderful. Funny, isn’t it? Did you ever see such people!”