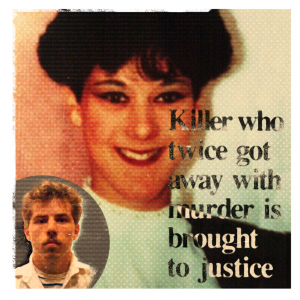 When discovered, Julie’s naked body had been wrapped in a blanket and was in an advanced state of decomposition, but there was still clear evidence that she had been sexually assaulted and mutilated.

Labourer Billy Dunlop soon became the prime suspect. He’d had a brief affair with Julie, he had a violent history, and traces of his DNA were found in her home. Moreover, Julie’s keys bearing his fingerprints were found under the floor at his lodgings, and he was charged with her murder.

But despite this strong circumstantial evidence, the prosecution had a problem. Because the police failed to find Julie’s body and it had remained undiscovered for so long, the cause of her death could not be established. And at Dunlop’s two trials – first in May 1991 and then in the following October – the juries failed to agree on a verdict and he was acquitted.

The police should find the real killer, he said, later seeing a lawyer in a bid to obtain compensation for the 20 months he had spent remanded in custody.

In 1999 he was behind bars again, serving a stretch for assaulting a former girlfriend with a baseball bat. He had got away with murder, he bragged to a female prison officer, admitting he was Julie’s killer.

The police interviewed him again, and this time he told the truth, knowing that because of the double jeopardy law he could not be tried for the murder again following his acquittal.

Although the police now had his confession, the ancient law of double jeopardy prevented them from prosecuting him again for the murder. Instead, as he had lied on oath at his trials, Billy Dunlop was charged with perjury. At Teesside Crown Court in April 2000, he pleaded guilty, and six years were added to his term for the baseball bat attack.

But as the law stood he could never be convicted of Julie’s murder. Her parents were awarded £20,000 in an out-of-court settlement against the police over the bungled investigation, but Julie’s mother, Ann Ming, was more interested in bringing Dunlop to justice. A law that enabled a self-confessed killer to evade punishment needed changing, she felt, and she decided to do something about it…