“It Was The Dog That Did It”

“It Was The Dog That Did It” 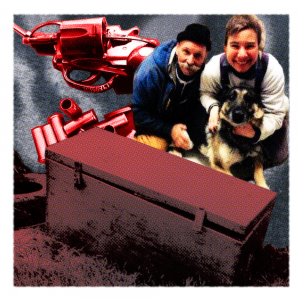 “I’m so sorry, mom, but I need to tell you the dog turned savage on Ray and tore his throat out,” sobbed Dani Green, breaking the news of her ex-husband’s death in a phone call to his elderly, ailing mother. “But there’s nothing you can do, and at the moment it’s best not to discuss it with anyone. I’ll be in touch later.”

Still sobbing, she made the same call to Ray’s boss at the road haulage company he worked for, and to several friends 1,000 miles away in Florida where the couple had once lived. They were surprised as well as shocked because Ray had always worked with animals and his German Shepherd Jazzy was a loved family pet…

When officers arrived at the farm that afternoon, they found Dani relaxing in a garden chair on the front patio sipping a glass of iced tea, and seemingly without a care in the world. She appeared surprised to see them and said Ray’s mother was on heavy medication to ease her pain and must have misunderstood what had happened. She said Ray wasn’t dead, but out on the road working at his job as a long-distance truck driver.

Puzzled to find his truck parked in the backyard, the officers decided to call his mobile and check where he was. But they heard it ping nearby and go unanswered.

In one corner of the yard a foul smell seeped from a large toolbox which had been chained and padlocked. Flies swarmed round it, and the stench of decay was unmistakable.

“We need to search the property, ma’am,” said one of the officers.

“Go ahead,” said Dani. “Anywhere but the toolbox. I don’t want to be held responsible for the contents.”

Returning three hours later with a warrant, they made straight for the box. Inside lay Ray’s curled, naked, decomposing body. He’d been shot 10 times with the same type of bullets used by the .38-calibre gun Dani was a known to use. The autopsy showed one bullet in his temple, four in the back of his head, and five in his body.

Detectives found that shortly before his death Dani had Googled on her laptop: “If you shot someone with a .38-calibre revolver in the head, would it be lights out or possibly survive?” and “How does a bullet shot from a gun kill a person instantly?”