Inside the mind of a cannibal

Inside the mind of a cannibal 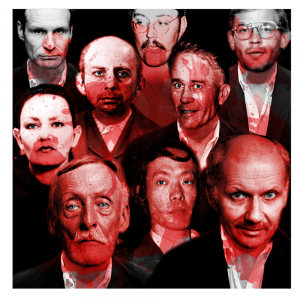 Something happened when the loathsome character of Hannibal Lecter first crossed our cinema screens. Cannibalism, once a taboo too far for most people to discuss, became a subject of curiosity. What must it be like to eat another person?

It is still the ultimate form of sexual sadism – something we all instinctively shrink from. But now it’s a subject that fascinates as well as horrifies.

A few years ago in a TV series on cannibalism, one programme became so excited about people eating people that it lumped all the most sensational cases together, including Arthur Shawcross, the American serial killer who probably wasn’t a cannibal anyway, and tried to find common ground between them. There was none, despite the programme-makers’ view that there was.

The truth is that there is no definable type of criminal who might practise cannibalism.

There are, though, as we shall see by examining some cases, some primary explanations for it, self-justifications that lie deep within the subconscious of the cannibal. And by examining these explanations psychiatrists can at least begin to understand the warped and twisted mind of the human-flesh eater.

Criminal cannibals are comparatively rare, although when they do surface from time to time their atavistic revelations still have the power to terrify, sending shock waves of horror through our inner minds…