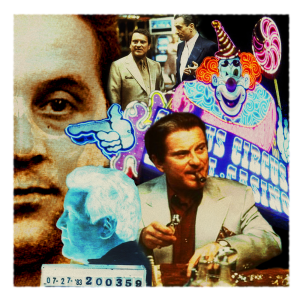 The brutal rise and even more brutal fall of Tony “the Ant” Spilotro, who crawled his way from the Italian ghetto of Chicago and arrived in Las Vegas at the beginning of May, 1971.

He immediately hooked up with his lifelong pal Frank “Lefty” Rosenthal who helped him and his family to get settled. Rosenthal would be the Chicago outfit’s man on the inside of the casinos while Spilotro was to be on the outside as the enforcer.

When Spilotro first took up residence in Nevada the FBI believed he was nothing but a gofer for Rosenthal. But Tony got right down to business. Las Vegas had doubled its population during the 1960s to almost 300,000. It was a loan-shark’s dream. Pretty soon five badly beaten and tortured bodies were found in the desert near Las Vegas.