Ice-Cream Lady Cut Up And Buried Her Men In Cement

Ice-Cream Lady Cut Up And Buried Her Men In Cement 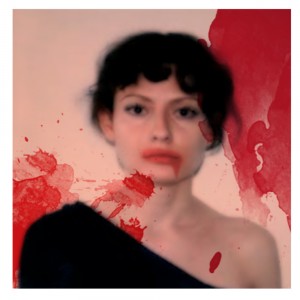 She longed for a baby. A baby boy, to be exact. And there was no reason why this shouldn’t happen. Estibaliz Carranza was 32, in good health and married.

Husband Holger Holz, 44, a manufacturer of spectacles, was doing all he could to make her pregnant. But he wasn’t succeeding.

Perhaps that was why she also had a lover. Manfred Hinterberger was also doing his best. But he too was unsuccessful.

Estibaliz was exasperated. She had come to Austria from Mexico, and she was a successful businesswoman. She ran her own ice-cream parlour in the centre of Vienna. Her ices were top-quality, business was good, but crucially, what was missing was that baby boy.

What does a woman do with two men who can’t make her pregnant, however hard they try? Estibaliz had the answer. She killed them both.

She took each of them to her apartment over the ice-cream parlour and each time shot them in the head. Then she cut their bodies into pieces in the cellar with a chainsaw and hid them in one of her ice-cream freezers, using air fresheners to mask the smell.

Estibaliz told inquiring neighbours that the sound of the chainsaw she was using to chop up the bodies was actually a new type of ice-cream machine. “I’m just trying it out,” she explained. “The noise won’t last long.”