“I Was Abducted By Fred And Rose”

“I Was Abducted By Fred And Rose” 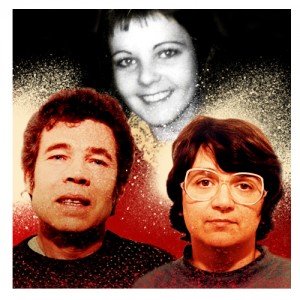 Caroline Roberts died in August 2016, aged 61. You may not recognise her name, but nobody will fail to recall the names of the evil couple who kidnapped her and changed her life forever.

Caroline was 16 when she was picked up, hitch-hiking, by a married couple just outside Gloucester. At the time she showed a bubbly, feisty face to the outside world but, like many teenagers, she felt lost. She missed her absent father and lived in a crowded house with 11 siblings. She felt sure that her life had been jinxed and that she would meet a violent, early death at the hands of a madman.

Yet Caroline had dreams. One of her ambitions was to be a nanny and travel the world with a rich, benevolent family, who would help her to better herself. When the couple in the car offered her a job looking after their children, she recognised an opportunity – a chance to change her life.

What happened next was beyond the scope of most of our imaginations. The couple were none other than Fred and Rose West, and Caroline, one of the few survivors of the trail of depravity and murder they left in their wake, had unwittingly tapped into a vein of evil so terrifying that it took 22 years for the truth to spill out and for her to come to terms with what had happened to her…