“I Choose Death By Firing Squad”

“I Choose Death By Firing Squad” 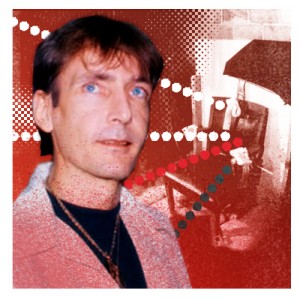 They led him into a cement-brick building called the cannery, with an old office chair at the far end. He was in shackles, so he shuffled, painfully slowly, a guard on each arm. They sat him in the old office chair, facing up the long expanse of room towards a black canvas structure that had been built out on a loading platform, like an extra room.

The executioners were inside the canvas structure. There were five of them, all armed with rifles, with slits in the canvas for them to aim through.

To one side there was a white line behind which the audience sat. There were about 50 people, all very quiet.

Behind the office chair was a plywood board and between that and the sandbags they had wedged a filthy old mattress. Behind the sandbags was the brick wall of the cannery. This was to absorb the bullets.

The end of the big room with the office chair and the man seated in it was lit, like a stage; the rest of the long room was dark. Someone remembered afterwards that when they strapped him in the chair they allowed a good deal of slack – he could have got up and walked right off stage if he had wanted to.

A line of people came up to the man in the chair, shook his hand, murmured a few words, and melted away, too over-wrought to indulge in a protracted conversation. The man in the chair seemed the least affected. He joked quietly to one of the hand-shakers: “You’re going to help me escape?” and smiled, just a little expression in the upper lip.

The prison governor, called the warden, came forward and said: “Do you have anything you’d like to say?” The man in the chair said: “Let’s do it!”

Some men in red coats appeared next. They put a hood over the head of the man in the chair. A doctor pinned a white circle on the man’s black shirt. The rifles protruded through the slits, aiming from about 25 feet away. The audience heard a whisper from behind the canvas structure: “One,” and “Two,” but they never heard three because the guns went off deafeningly.