How The Suffolk Strangler Became A Killing Machine

How The Suffolk Strangler Became A Killing Machine 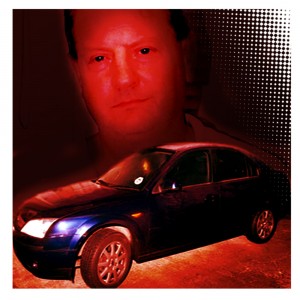 He was almost the perfect model of a self-effacing suburbanite when he and his partner moved into a flat in an Edwardian terrace in London Road, Ipswich. Steve Wright looked like a quiet, unassuming middle-aged man, who cleaned his car more regularly than most, loved his golf and enjoyed a visit to the pub.

To his fellow-golfers at Seckford Golf Club near Ipswich he was “the most boring bloke in the world.” But none of them guessed at his turbulent past, problems with depression, debts and gambling, or the sinister sexually oriented netherworld he inhabited.

The “boring” tag hid a secret life of domestic violence, cross-dressing, petty theft, failed suicide attempts and an obsession with prostitutes. The prostitutes themselves knew, of course. They knew that when his partner worked at night, Wright went out and paid for sex.

Wright’s ability to act normally within a short time of committing acts of violence was to emerge as one of the features of his brief career as a serial killer.

He would drive his last partner to the call centre where she worked night shifts, then trawl the Ipswich red-light district for prostitutes, whom he would have sex with before strangling or smothering them. After stripping their bodies he would dump them in the countryside around Ipswich. He would then go home, change his clothes and go to work as if nothing had happened.

Exactly why he turned to murder has never been explained, but in a letter to his father, written from prison while he was awaiting trial, he said: “Whenever I get upset I tend to bury it deep inside, which I suppose is not a healthy thing to do because the more I do that the more withdrawn I become, because I have seen too much anger and violence in my childhood to last a lifetime.”

A consultant psychologist who studied the case said Wright’s motive for murder was almost certainly sexual and he strangled women to satisfy a long-standing fetish. But what about all the “anger and violence” he claimed to have seen in his childhood?