How Many Victims For The “World’s End” Monster?

How Many Victims For The “World’s End” Monster? 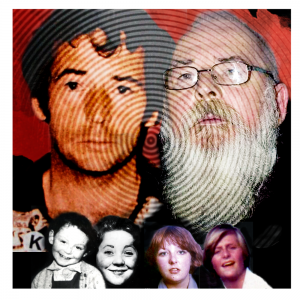 The death behind bars of the notorious Scottish serial killer Angus Sinclair closes another sorry chapter in British criminal history. And, as is so often the case with the demise of infamous, remorseless killers, his passing leaves numerous questions unanswered. Were there more victims we do not know about? It’s surely possible. Did he really murder all those he was suspected of killing? More than likely.

But anyone who hoped for a comprehensive deathbed confession from the convicted rapist and killer, wishing to clear everything up once and for all, would have been left bitterly disappointed. Wheelchair-bound Sinclair went to his grave every bit as unrepentant as he was when he arrived at the prison gates to be locked up for life for the first time in 1982.

Aged 73, he died in the early hours of March 11th at Glenochil, Clackmannanshire, having reportedly suffered a number of strokes in the recent past. He was reduced to eating liquid-only meals in his final days.

Sinclair, branded Scotland’s worst serial killer, was 16 when he strangled an eight-year-old girl. What followed was a cascade of sex offences that occurred whenever he was freed from prison.

In 2014, at the age of 69 and after 32 years in jail, he was handed down his third life sentence for raping and strangling two teenage girls. The new sentence meant he would have stayed in jail until the age of at least 106. The verdict brought closure to the long-running World’s End pub murders case which embraced brilliant new forensic techniques, a massive legal blunder, a change in Scottish law, and a murderous rampage that had Edinburgh gripped by fear…

In 2018, his skeletal figure had been found unresponsive on his cell bed but he lived on in his reduced state for another few months.

When Sinclair was transferred to the critical wing of the nearby prison hospital, fellow-inmates reportedly placed bets on when convicted killer-of-four “Gus” would die. Sinclair himself was even said to have placed a wager, despite realising, of course, that were he correct he would never be able to collect his winnings…

Read the full report in True Detective May 2019 »