How He Became “The Most Hated Man In Ireland”

How He Became “The Most Hated Man In Ireland” 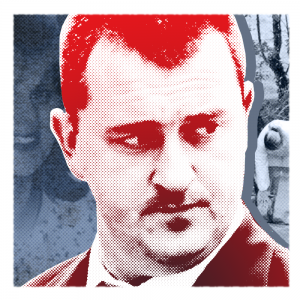 Joe O’Reilly thought he’d carried out the perfect murder. His planning had been thorough; the execution of the killing brutal and calculated. He began by researching the effects of various types of head injuries. How DNA and bloodstains are often the downfall of murderers. And in the following weeks he plotted what he thought was the perfect murder…

Rose knew immediately something was wrong. The curtains were closed. Rachel’s car was on the drive. She ran to the back of the house. The patio doors were wide open. Table-mats and shards of crockery littered the floor.

“Rachel!” Though she tried to suppress her alarm as she spoke her daughter’s name, she heard the strain in her voice when it bounced off the walls. Then she heard the noise: a tap running. She hesitated before stepping into the kitchen. “Rachel!” This time louder. She silenced the tap and listened.

Picking her way across the floor, she went into the hall. She pushed open the living-room door. Cushions and photograph frames lay among the CDs, DVDs and Action Man strewn on the floor. Something caught in Rose’s chest as she remembered the children. Thankfully, their room was undisturbed.

Rose closed the door behind her and looked up the corridor to Rachel’s room. At first she thought it was a splash of vivid paint. As she approached, she saw it was glistening. Rachel’s door was ajar.

At first, she didn’t know what it was. Framed in a great halo of blood lay a smashed body. Blood smeared the walls, the carpet, the doorframe – even the ceiling nine feet above the body. Like a blow to the stomach, recognition replaced horror. “Rachel! Rachel!” Rose clasped her daughter’s arms, extended above her head. Her flesh was cold and hard.

Rose Callaly’s horrific discovery that October day in 2004 sparked the largest police investigation in the history of the Irish state and a trial that became a national obsession. For three weeks, it was headline news with Joe O’Reilly’s impassive face staring from the front page of every newspaper and TV bulletin…