Horror On The Pig Farm

Horror On The Pig Farm 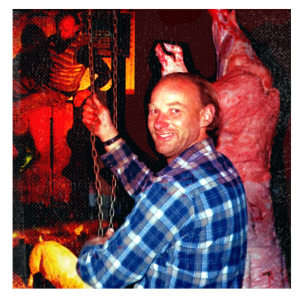 A huge boar weighing 600lbs patrols Robert “Willie” Pickton’s pig farm at Port Coquitlam, 20 miles east of Vancouver. It lumbers round the perimeter with a snarling pit-bull, lunging and snapping at unwanted visitors. Locals say dog and boar have AIDS.
A stink of mud, manure and offal hangs over the 17-acre pork factory where Pickton raises and butchers pigs. By day it’s a bleak suburban wasteland flanked by a McDonald’s restaurant and supermarkets. By night, muffled squeals and screams come from the outbuildings, and people describe it as “creepy.”
Pickton, his brother and sister have sold off parcels of the farmland they inherited from their parents in the 1970s, and grown wealthy from the profits. But he still lives on site in a trailer – a paunchy 52-year-old with excellent manners and wisps of greasy hair straggled across his baldness.
He never drinks booze or coffee; never smokes or does drugs; he is at times ploddingly slow and at others cunning. Pork is his favourite meat. He dislikes vegetables.
Now a December dusk is falling and Pickton is restless. He is familiar with this feeling. It’s a hunger that cramps into craving. He climbs into his converted bus with the darkened windows and drives to Vancouver’s Downtown Eastside where he has driven so many times before.
They call this district Low Track because it’s the poorest 10 blocks in the whole of Canada. No other slum or ghetto matches the squalor of its sickly hotels and pawnshops, alleyways and gutters littered with garbage, condoms and needles.
Pickton picks up 26-year-old Mona Wilson and takes her back to the hog farm. The gate opens electronically and the bus sloshes down a mud-covered concrete drive. He has been overly polite on the journey. All pleases and thank yous. Now, at the trailer, his manner switches. He is abusive, foul-mouthed, and violent. He forces her into handcuffs. She’s begging for drugs. He waves a hypodermic at her. But it is full of methanol, commonly used in windscreen wiper fluid. He shoves her onto the bed, gags her, and has sex with her. Then he pulls out a revolver with a dildo over the barrel, and shoots her through the vagina. Still furious, he drags a wire with looped ends from the bottom of a cupboard, and garrottes her. Her blood seeps into the mattress.
In the dead of night he carries her to one of the sheds where pig carcases are butchered…

Read the full report in Murder Most Foul No.109 »