Horror Of The Heaven’s Gate Cult

Horror Of The Heaven’s Gate Cult 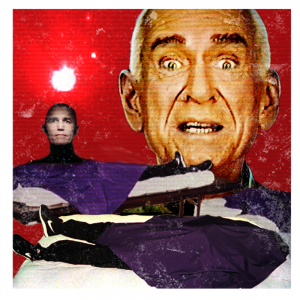 It was midday when Rio DiAngelo arrived at the hilltop mansion overlooking San Diego to find all the windows closed, the curtains drawn, and outdoor lights burning in the sunshine. The front door was locked, but he found a side door ajar and warily pushed it open.

The unmistakable stench of death made him gag and he covered his face with his shirtsleeve, which still smelled of cologne from his morning shower. As he walked through the eerie silence, he knew what he would find. And he dreaded it.

Upstairs, 39 of his friends lay dead in their beds after the largest mass suicide on American soil. All members of a bizarre cult, they had each downed a lethal cocktail of vodka, barbiturates and apple sauce to leave their “earthly containers” and join an alien spaceship trailing the Hale-Bopp comet.

Yelling out in case anyone was still alive, DiAngelo raced from room to room. But all he found were bodies with plastic bags over their heads. Each one wore a neat black tracksuit with an “Away Team” patch and Nike trainers with their comet-trail trademark.

The 21 women and 18 men had each packed a small bag for the journey, and had five dollars in their pocket. Thoughtful to the end, each had left a note saying who they were.

“I forced myself to go into each room and check everyone,” said DiAngelo. “With each body I came across, the loss became too much to bear. They were my closest friends. I loved them dearly…”

Read the full report in Murder Most Foul No. 115 »