Horror in Florida: Five Students Slain By The Gainesville Ripper

Horror in Florida: Five Students Slain By The Gainesville Ripper 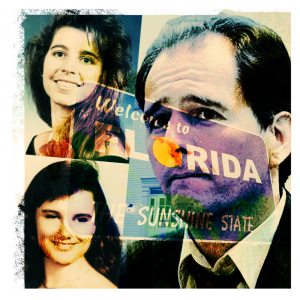 Within days of being rated the 13th best spot to live in the United States of America, the university city of Gainesville, Florida, was branded “Grisly Gainesville” by the media. And not without reason.

The 72-hour nightmare of terror that gripped the community began on the afternoon of Sunday, August 26th, 1990, with the discovery of the bodies of two students, 17-year-old Christina Powell and 18-year-old Sonja Larson, in the townhouse flat they shared at Williamsburg Village Apartments.

Christina’s parents had driven over to bring some things to her in her new home. They were already concerned about their daughter and her room-mate, for they had been unable to reach either by phone for the previous two days and nights. Now, with no answer to their repeated knocks and with the vehicles of both girls standing outside, Christina’s father returned to his car and called the Gainesville Police on his mobile phone.

Twenty minutes later Officer Ray Barber arrived at the townhouse where Christina’s parents were waiting outside. On the way, Barber had stopped at the building’s office to pick up a maintenance man with a key.

“Better stay out here while we make sure everything inside is okay,” the officer advised.

A ghastly sight confronted Barber and the maintenance man when they entered. The bloodstained, nude body of Christina Powell lay on the living-room floor, her clothing, which appeared to have been cut from her, strewn nearby. She had multiple stab wounds and her face, with a double-width strip of duct tape covering her mouth, had been turned towards the sofa. Her hands had been taped behind her back, and her nipples had been cut off.

Upstairs the body of Sonja Larson lay on her bed. Her mouth had also been covered with a double-width strip of duct tape, and she too had been stabbed many times. Slash marks on her arms and left thigh indicated that she had tried to defend herself.

Returning outside, Barber told Mr. Powell, “You and your wife better wait at the office. There’s something dreadful happened here…”