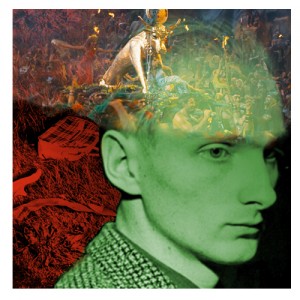 Heinrich Pommerencke sat in the dark seclusion of the cinema in Karlsruhe in February 1959. He ran his hand though his blond, gelatined hair, captivated by what he saw. Pommerencke was watching the Cecil B. DeMille movie The Ten Commandments. His wolfish, handsome Prussian features were disfigured by a snarl of disdain. Baring his teeth, he watched the scene unfolding on the screen before him in stunning VistaVision.

Pommerencke came to the slow realisation in that dark womb-like cavern that women were evil and it was to be his job to punish them. Someone had to do it. “I saw the women dancing around the golden calf and I thought they were a sinful lot. I knew I would have to kill,” he later told police.

Pommerencke left the cinema and began to make his way home. He stopped at a kiosk and purchased an old-fashioned razor. He decided to take a short-cut through the park – the magnetic, disturbing images of the epic movie flashing through his mind in a loop or reel. A little ahead of him, he saw a woman walking. He knew what he had to do – what he had been chosen to do.

The woman was 49-year-old Hilde Konther. Pommerencke pulled her into the shrubbery and raped her first as a punishment. He slit her throat both ways and half-dragged, half-carried her body to the Karlsruhe-Durlach autobahn exit. She was found the next morning.

Read the full report in Murder Most Foul No.104 »