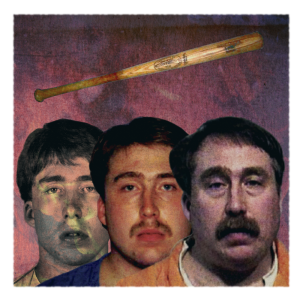 The first policemen on the scene thought she’d been decapitated, but her head hadn’t been cut off so much as beaten to pieces. Blood and gore dripped from the walls and ceiling, spilling through the bedroom doors on either side.

One of the dead woman’s fingers lay several feet away, apparently knocked off as she raised her hand to defend herself from a vicious blow. Nearby was the murder weapon, a baseball bat drenched in blood, with bits of skull and skin stuck to its barrel.

The woman was Marge Shrubsall, a 56-year-old single mother. The prime suspect, her clean-cut, 17-year-old son Billy, sat on a couch downstairs.
Wearing a torn and bloody T-shirt and jeans, he had already given the police two different accounts of his mother’s murder.

In the first, he spun a yarn about two masked intruders who broke in while he was away and launched the vicious attack. In the second, he told a tale of child abuse and parental dysfunction. He had killed his mother himself, he said, in self-defence.

Later, at the police station, the athletic six-footer ate a sandwich as his 15-year-old girlfriend sat sobbing beside him.

“Calm down,” Billy Shrubsall said without looking at her. “This is no big thing.”