Guarding The Enemies Of The Krays

Guarding The Enemies Of The Krays 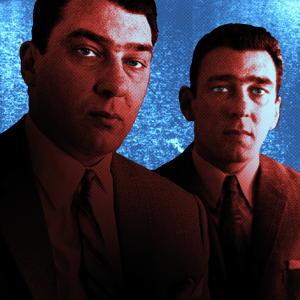 On the way to the Old Bailey I kept him talking, not giving him the chance to dwell on the ordeal ahead. I bought him a double brandy and gave him one final tip. “Don’t look at the faces in the dock,” I said. “Just look at the jury when you answer counsel…and keep thinking about that big drink we’re going to enjoy.”

He took that advice and steadfastly refused to look at the Twins. Reggie, calm and composed, just stared at him and said nothing. But Ronnie, ever the frightener, growled at him as he walked towards the witness-box, “You’re letting us down, Harry. We won’t forget.” And then he mouthed silently, “We’ll find you.”

Harry’s voice was so low when he was being sworn in that it could barely be heard. For one terrible moment I thought he was about to crack under the pressure. But when he was invited to tell the court about what he remembered on the night of McVitie’s murder, his voice came through loud and clear…and suddenly I was proud of him.

He said, “My doorbell rang at between one and two a.m. I got out of bed and opened the door to find the Twins, Ronnie and Reggie Kray, standing there covered in blood.”

“What happened then?” prompted Kenneth Jones, the prosecuting counsel.