From “Boy Next Door” Killer To Hollywood Ripper

From “Boy Next Door” Killer To Hollywood Ripper 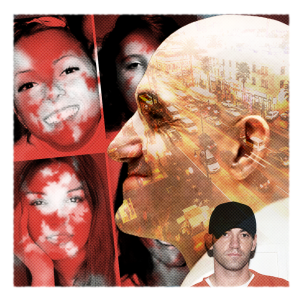 Hollywood. It’s the Los Angeles neighbourhood synonymous with the film industry, stardom and glamour. It’s also where serial killer Michael Gargiulo gained his notoriety. In 2021, years after the murders of Hollywood-based fashion student Ashley Ellerin and Maria Bruno, and the attempted murder of Michelle Murphy, 46-year-old Gargiulo was sentenced to death. What turned this native of Glenview, Illinois, into a killer?

The scene that confronted Ashley’s flatmate was horrific. Ashley lay in a carpeted hallway drenched in blood, a gaping wound to her neck so deep that only her spinal cord prevented her head from being severed.

There were 47 stab wounds to her chest, stomach and back, some six inches deep, and one of them had penetrated her skull, chipping out a chunk of bone like a puzzle piece.

LAPD detective Tom Small noticed that the position of the body seemed odd, as if she’d been moved or posed – a disturbing sign, he thought, that pointed to a serial killer who liked ritual. He also noted that the door was locked and the windows barred, so did Ashley know her attacker?