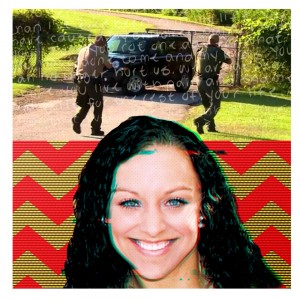 Jessica Edens had it all and she wanted everyone to know. The website for her successful photography business described her as “a Greenville, South Carolina-based photographer, a mother of two precious children, and a wife to the most wonderful man.” The 36-year-old’s ambition was to become “a stay-at-home, working mom.”

It was the American dream: a loving family, great job, nice house, apple pie, sunshine, wonderful husband. Jessica had not only pursued happiness, she had achieved it.

But on July 13th, 2017, her dream had become a nightmare. Four people lay dead; families were devastated.

Jessica Edens had confronted and accused a young woman, 28-year-old Meredith Rahme, of stealing her husband, before executing her without mercy. And now police were hunting for Jessica, who had raced away from the scene with her two children in the back of her Jeep Patriot. No one knows if her children saw the execution.

Soon afterwards the car, with darkened windows, was spotted parked up on the perimeter of the Greenville-Pickens Speedway track, about seven miles from the scene of the young woman’s killing.

Armed officers approached slowly, weapons drawn. Some people were inside the vehicle. The officers smashed a window and revealed a scene of horror. The two children had been shot in the head. Between them was the dead body of their mother.

Police later revealed that Jessica had phoned her husband after shooting Meredith and the children – and before she turned the Glock on herself. She told him: “Everyone you love is gone. Do you hear me? I’m about to be gone too.”

Read the full report in Murder Most Foul No. 107 »