Father And Son Sentenced To Death For Bank Bomb Plot

Father And Son Sentenced To Death For Bank Bomb Plot 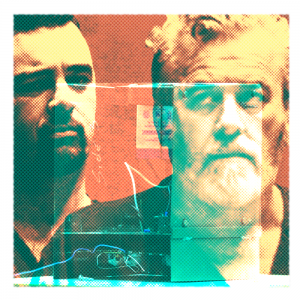 The story of the bomb at the bank was told to a court in Salem, Oregon, in December 2010, when a businessman father and his son were accused of plotting to blow up and rob the bank because they were short of cash.

Laurie watched the officers at work on the bomb from inside the lobby. She saw Hakim, who believed it to be a hoax bomb, bang on the side of the green metal box with a hammer, and then attempt to pry it open with a crowbar. Then she heard him say, “There, I got it,” just as she turned away and walked towards the front door.

Next she heard “just a loud boom.” She recalled thinking, “Oh, my God, that was a bomb.” She saw a coffee table fly by on her left from the blast and could make out a pair of legs on her right. The bank was filled with acrid smoke and flying shrapnel. “My first reaction was to get out of the front door,” she said later. Laurie Perkett didn’t realise for a while that she was injured. She felt her leg hurt, and only noticed when the firefighters arrived that a piece of shrapnel had cut her leg to the bone.

Manager Ferren Taylor was also inside the bank at the time. He was watching the men working on the bomb when he received a phone call and retreated to an office to finish the conversation. “I heard a very fast pop,” he recalled. “The person I was talking to said, ‘What’s that?’ I said: ‘That thing went off.’” He walked into the lobby, saw smoke, smelled sulphur and everywhere saw “destruction and body parts.” He sat down for several minutes, “stunned and in shock…”