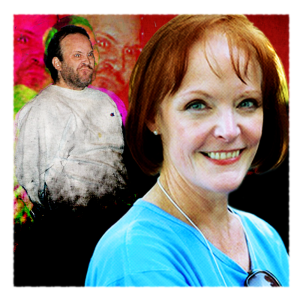 It was just after 8 o’clock when a dishevelled 39-year-old man in a black cap and trainers came in lugging two suitcases. He said he’d come to see the psychiatrist Dr. Kent Shinbach. But Shinbach, 70, was busy with other patients, so the man sat and waited.

Then after fidgeting for a while he got up and strolled into Dr. Kathryn Faughey’s office. He was David Tarloff and he had a long history of mental trouble.

Kathryn Faughey sat with Tarloff, trying to sympathise and empathise with his plight. She didn’t scream until he started to butcher her, frenziedly hacking and stabbing at her head, face and chest, his cleaver and nine-inch knife leaving 15 deep wounds.

Alerted by her cries, Dr. Shinbach raced to her aid from his office next door. But he was too late. As he stepped into the blood-spattered room and saw Kathryn lying motionless on the carpet in a pool of gore, he heard Tarloff yell, “She’s dead!”