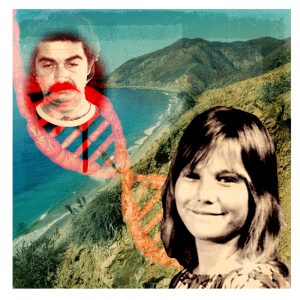 Emerald green Pacific rollers crashed onto rocks at Point Mugu, a scenic cove along the coastal highway 70 miles from the Californian town of Torrance.

It was November 1972. Two early-morning fishermen looking for a safe spot to cast their lines peered down at the churning waters below. Mugu is well-known for its rogue waves, sea lions and whale-watching.

“What in hell is that?” said the first one as he scrambled down the rocks. “Out there by the boulders.”

He pointed to where breakers were throwing something pale onto the pebbles. It was the body of a young girl wearing only a white T-shirt.

Only the day before, 11-year-old Terri Hollis had been enjoying a Thanksgiving dinner with her family, tucking into roast turkey with all the trimmings, and exchanging presents like millions of other children relishing a day off school.

After lunch she’d felt restless and asked her mom and dad if she could go for a bike ride. Promising to avoid lonely areas and be home well before sunset, she set off around 3 p.m.

Torrance has numerous parks and Terri had favourite cycling routes through them. But she was last seen crossing the road a mile or so from home by a passing driver who remembered the blonde, blue-eyed girl because she smiled and waved as he gave way to her.

By nightfall, her distraught parents called the police who set up roadblocks, began door-to-door searches, and broadcast radio and TV appeals. But Terri was already dead – raped and strangled by a killer who’d heaved her discarded body off the cliffs at Point Mugu…