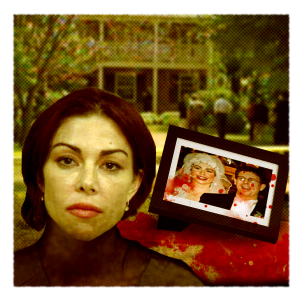 Friends said Jim and Kelley Cannon were a bit of a mismatch. She was gorgeous, willowy and vivacious, he was five-foot-seven, rather plain, but fiercely ambitious.

They lived in an $800,000 home with their three young children in a smart suburb of Nashville,Tennessee, favoured by US senators, and from the outside they looked like the perfect family. But Kelley had slid into drug addiction accidentally, and from there, the marriage spiralled into a chaotic web of drug-taking, psychiatric problems and violence…

It was a sunny morning in June 2008 when Jim Cannon’s housekeeper and nanny arrived to give the children their breakfast and take them to school.

They were surprised to find the front door unlocked, and the house silent.

Half an hour later, they went upstairs and poked their heads round the door of each bedroom. It was all eerily quiet. But in the boys’ bedroom they noticed a chest of drawers was askew and blocking a cupboard door. They decided to move it and check the cupboard.

Jim was lying dead inside. The bloody cord from a mobile phone charger was lying nearby, and he was covered in cuts and bruises. One of the first officers on the scene said: “We found spots of blood on the carpet and walls as well as a strong odour of bleach in the air,” he said. “I noticed an empty one-gallon bottle of bleach next to the victim’s body.

“While searching the surrounding area of the house, we found the tip of a latex glove. DNA analysis showed Jim’s DNA on the outside and Kelley’s DNA on the inside…”

Read the full report in Murder Most Foul No. 123 »