Did Barbara Murder One Husband…Or Two?

Did Barbara Murder One Husband…Or Two? 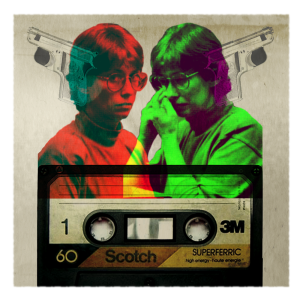 The tape recording was played for the jury, and a year after his death 40-year-old high school baseball coach Russ Stager was heard voicing his suspicions about his wife Barbara.

“The first husband, I don’t really know what happened. According to his parents, there was some foul play involved. He is supposed to have accidentally shot himself in their bedroom with a pistol. She was there when it happened and my question is, did her husband, Larry Ford, accidentally shoot himself?

“I really hope that I’m just being paranoid about all the stuff that’s going on, but I wonder. This is Russ Stager and this is January twenty-ninth, 1988, ten minutes to two.”

Russ Stager was found mortally wounded in his bedroom – apparently shot in the head with a small .25-calibre, semi-automatic Beretta which lay near the centre of the bed – on February 1st, 1988…

Read the full report in Murder Most Foul No. 124 »