Devon Kidnapper Revealed As Killer Too

Devon Kidnapper Revealed As Killer Too 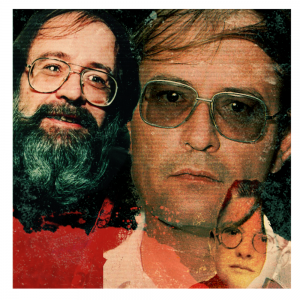 Believing himself a cut above the fruit and veg salesman job that paid his wages, Keith Rose read books about crime and brooded endlessly over the best way to fulfil his ambition.

A bank robbery seemed the logical choice, but it demanded teamwork and profit-sharing, neither of which appealed to him. So he settled on kidnapping as it could be carried out single-handed and would have a big ransom at the end – if he chose his victim carefully enough.

Juliet Rowe, 42, lived in an isolated house in Budleigh Salterton, Devon, with her supermarket tycoon husband and their two children. Rose had sometimes called on Gerald Rowe when he worked as a sales rep for the giant Portsmouth-based grocery distribution company Foodbrokers Ltd. He knew Gerald was rich.

His plan was to lure Gerald away from the house with a bogus business appointment and pose as a telephone engineer to gain access to his home when Juliet was alone.

It was a September evening in 1981 and, armed with his tool bag and a Colt Woodsman .22 pistol, he managed to blag his way indoors on the pretext of looking for faulty sockets.

He rounded on Juliet seconds later, truculently outlining his plan to bleed her husband in return for her safety. But she was too quick for him, and managed to reach a panic button that connected directly with the local police station.

Rose was furious and frightened. A bungled kidnap was too much for his arrogance, especially if he was caught. Coldly and viciously, he turned his outrage on the terrified woman, shooting her six times at point-blank range – four bullets in her back, and two in her head and heart.

He’d fled by the time the police arrived, leaving them baffled by the apparently motiveless killing. Fingerprints and palm prints were found in the house, but there was no match at the Criminal Records Office at Scotland Yard. Whoever had left them had never been convicted of a criminal offence, so they could have belonged to any visitor.

Rose, living at Copplestone near Exeter, was questioned four days after the crime, but when he proffered his pistol – dismantled and rusty – the police deemed it too dangerous to test-fire for ballistics comparison. Nor did they check his alibi, so he congratulated himself for slipping through the net and getting away with murder.

Rose refused to give up his dream of the good life. Mediocrity wasn’t an option. Having failed as a criminal, he now focused on becoming a business bigwig but it didn’t last long. With his business in ruins, Rose had to sell his Porsche and company premises and move in with his brother. He was living on social security and his wife had left him. Eight years after the tragic debacle of Juliet Rowe, it was time to start plotting a new crime. This time, he told himself, there would be no mistakes…