Destined For The Gas Chamber

Destined For The Gas Chamber 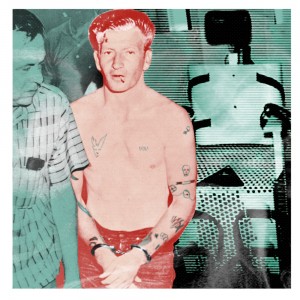 Although Odom was not familiar with Joplin, he knew he couldn’t waste any time in getting out of the residential area before his victim’s screams attracted attention. He drove rapidly towards the north-west edge of town, which was a desolate area of abandoned lead and zinc mines, with huge mounds of gravel and rock, overgrown with thick, tangled underbrush and weeds.

As he raced down the little-used concrete road to the mines. Odom spotted a dirt road which disappeared into the timber and undergrowth. He drove as far as he could and then turned into the brush. He stopped the car in a thicket and turned towards the horrified child. He shoved her out of the car into the weeds and, gun in hand, ordered her to remove her clothes. He forced her to the ground and raped her as she put up a brave fight, scratching his back with her nails.

As Margie lay bleeding and sobbing on the ground, Odom panicked. He suddenly realised he was in big trouble. He grabbed up a large rock and began beating the girl on the head until she was unconscious. He did not stop the brutal beating until she lay in a pool of her own blood.

Odom knew he had to get away, and, though he was virtually paralysed with fear, he began to gather up the rocks he had used to beat his victim insensible and threw them into the back seat of his car.
Next, he grabbed the girl’s clothes – her shorts, panties, blouse and ballerina slippers. The clothing, blood-spattered and torn, was underneath the girl and he shoved her out of the way to get at it and threw it in the back seat.

He drove rapidly away, leaving Margie for dead. Her skull was fractured in several places and her brain was exposed…