Death of A Serial Killer – Robert Black’s Timeline Of Terror

Death of A Serial Killer – Robert Black’s Timeline Of Terror 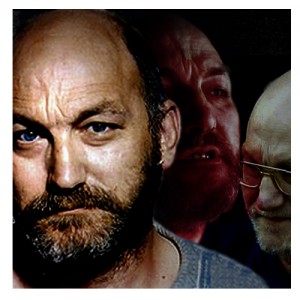 He was a notorious predatory child-killer whose vile crimes spoke of his need for control – and in death depraved paedophile Robert Black has achieved exactly that.

Serial killer Black, who had seemingly been destined to spend the rest of his days behind bars for four horrific murders of little girls in the 80s, died in his cell at Maghaberry Prison, Northen Ireland, of a suspected heart attack on January 12th, 2016, aged 68.

No one mourned his passing. “Rot In Hell!” one tabloid newspaper headline screamed, echoing the sentiments of millions of people, newspaper readers or otherwise across Britain.

Ironically, Black’s sudden death came just weeks before police were due to finally charge him with the unsolved murder of teenager Genette Tate, after years of speculation. Scottish-born and raised, Black had long been the prime suspect in the 13-year-old’s 1978 abduction.

As well as Genette’s killing, Black has been linked with another 13 murders of young girls in Britain, Germany and France, beginning with the unsolved 1969 murder of Norfolk schoolgirl April Fabb. The 13-year-old from Roughton, Norfolk, vanished, as Genette did, while out on her bike.

Black never admitted the four murders for which he was convicted and, had he been charged with Genette Tate’s murder, the assumption is that he would have pleaded innocent – and the case gone to trial. With virtually no hope of ever being freed, Black had continued to keep detectives in the dark about the true extent of his vile crimes. Before Black’s death a sex-crime expert summed it up: “He’s the sort of person for whom it’s all about power and control.

“Having information about what he’s done gives him power. He has no desire to ease his conscience and he’s not going to give up the one thing he has that gives him power over the pain that his victims’ families are suffering.”