Death Of A Nazi Dad

Death Of A Nazi Dad 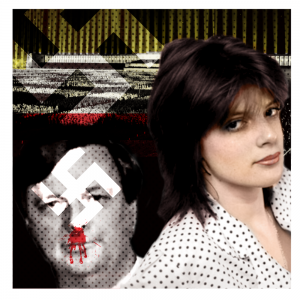 Jean-Claude Beaussart would have preferred sons, he frequently told anyone who would listen, but was forced to make do with daughters. He blamed his wife. Still, the family read Mein Kampf together – in the way others might read the Bible.

Tired of the torment, the eldest daughter, Christine, 19, left the Beaussart home as soon as she could find a boyfriend. The remaining sisters, Françoise, 18, Ida, 17, and Elodie, 12, all promised to keep her whereabouts a secret – as did their mother, Jacqueline.

Beaussart flew into a rage. He went to the gendarmerie and demanded they find her. They merely shrugged – Christine was of age, she could do what she wanted. He’d heard rumours that Christine’s boyfriend was Jewish – the ultimate sacrilege! In his mind, it sealed her fate and drove him half-mad.

Now Beaussart constructed a torture room in the basement for when he recaptured his daughter. He expanded the duties of his trained German shepherd dogs, Wolf and Eva Braun. They were now expected to find his Christine and bring her to him.

He accused Ida of being in league with her sister. Over a period of eight hours, he slapped her, kicked her, insulted her and threatened worse. “I will make your life a living hell!” he declared. She said nothing.

A few days after Christine ran away, Beaussart announced that he had found her and her boyfriend. He knew where they were hiding. He intended to kill them. Ida was horrified – what could she do?

She evolved a plan that was frightening in its simplicity and impact.

At 8 a.m. on July 18th, 1989, Ida peeked around the door of her father’s bedroom. He was lying on his front, snoring as usual, sleeping off the excess from the previous night’s drinking. His face was resting in a pool of spit, fat as a hog – if that wasn’t an insult to hogs.

Ida crept closer and froze, terrified, when a floorboard creaked beneath her. She waited, barely able to breathe.

Moments later, her father took a deep breath and snored once more. Ida crept further forward. She now stood at the foot of the bed. Shaking, she lifted the Luger 22 Long Rifle in her arms and pointed it at the back of her father’s head. She peered through the sight and adjusted the focus as she had been taught.

She pulled the trigger – twice.

Her mother was waiting outside. As she left the room, cool as you like, Ida turned to her and said, “I just killed dad…”