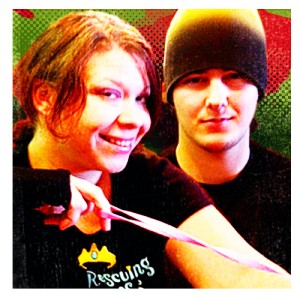 It was 5 a.m. on New Year’s Day, 2013, in Sarnia, Ontario, where 19-year-old Michael MacGregor had been living out his own fantasy with 31-year-old mother-of-three Tanya Bogdanovich.

They had met online, exchanging desires. Tanya said she longed for someone to rape her repeatedly, and Michael wrote that Tanya brought out the true sadist in him. He loved degrading her, taking her to a point where she became really scared and was no longer play-acting.

On December 31st, 2012, Noelle Paquette, a five-foot-one, 27-year-old Sarnia kindergarten teacher, went to a New Year’s Eve party. Around 2 a.m., Noelle said she would walk home, and she left.

Several witnesses, out in the street celebrating the New Year, saw Noelle walking home alone. They also noticed MacGregor walking about 20 yards behind her.
Tanya drove up beside her in a white Pontiac and offered her a lift. Noelle got into the car, and Tanya then picked up Michael.

Noelle was taken to a forest trail about 17 miles away, where she was repeatedly raped, and stabbed 49 times in the neck and heart.

Tanya and Michael were ecstatic as they began the drive home, but the Pontiac was in bad shape. It ran out of oil, and Michael had to pull in at the roadside.

The crew of a passing patrol car spotted them at 4 a.m., and the two officers went to see if they could help. As Tanya got out of the Pontiac and approached them, they saw that her face and hands were smothered in blood.

“My boyfriend’s cut himself,” she explained, bizarrely adding that they had driven out into the country to celebrate their kinky relationship, and they had been indulging in knife-play…