Bundy: Don’t Fall For This Killer

Bundy: Don’t Fall For This Killer 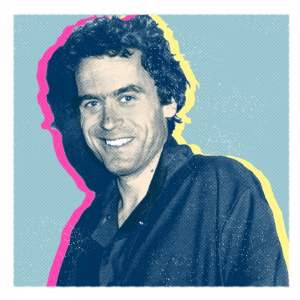 Bundy told the reporters “I’m the most cold-hearted son of a bitch you’ll ever meet.” He told them he received no gratification from causing pain, that what really fascinated him was the hunt, the adventure of seeking out his victims.

And, to a degree, possessing them physically as one would possess a potted plant, a painting, or a Porsche. Owning, as it were, this individual.

He was not insane, just incredibly cunning, with lust for power over others driving him. But there were signs that towards the end he began to realise that the monster within him was out of control. He wanted help, but it was too late for that. Too many young women lay dead in his trail.

During his speculations, Bundy was asked if there would be any conversation between the killer and his victim.

“There’d be some,” he replied. “But since this girl in front of him represented not a person, the last thing we should expect him to want to do would be to personalise this person.”

In other words, the victim wasn’t a person but a thing.

Bundy had admitted having been interested in pornography and violent movies since early childhood, long before he started killing. He had developed into a typical psychopath, a man entirely without conscience. He told the two reporters that he had forgotten what he had done in the past, claiming his ability to forget was a “gift.”

He explained: “A lot of people are encumbered with a mechanism called guilt. I don’t feel guilty for anything. I feel sorry for people who feel guilt.”

His friends were horrified by the discovery that he was a sex-killer. He seemed too normal, too ordinary, too much a good guy to be capable of such atrocities.

He could have had his pick of women; and he exemplified the qualities of the All-American boy, the potential of the American dream. But he became the American nightmare.

“Ted Bundy fits no pattern at all,” said crime writer Ann Rule. “You could not look at his record and say. ‘See, it was inevitable that he would turn out like this.’ In fact, it was incomprehensible…”

Read the full report in Murder Most Foul No. 120 »