Black Widow – Which Of Her Four Lovers Did She Con Into Killing?

Black Widow – Which Of Her Four Lovers Did She Con Into Killing? 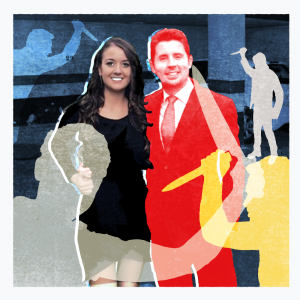 Maje, 24, called to her husband: “Honey, would you mind putting my car in the garage? I left it outside when I came home.” She tossed him the keys and went into the kitchen.

Antonio Cerdan, 36, walked out to the forecourt of their home in south-west Valencia, Spain. It was August 16th, 2017, a day full of spent heat. As he unlocked Maje’s car door a figure emerged from the shadows and stabbed him six times in the back with a kitchen knife.

Crumpling mortally wounded to the ground, Antonio gasped, “Who are you?” Maje, busy in the kitchen, knew the answer. The assassin was her lover. Or, more correctly, one of her lovers.

For Maje – Maria Jesus Moreno is her full name – had four lovers on the go, although she only chose one to kill her husband for her.

Intrigued investigators unravelled Maje’s love life within days of her weeping at Antonio’s funeral. They discovered that she had been married for less than a year. They also discovered that only two of her lovers knew she had a husband; the other two thought she was single.
The story began to come out when, after the murder, police tapped the phone of Maje’s best friend Rocio. “I’m free at last,” she told Rocio. “You know, sex with Antonio never worked out for me.

“Now I’m going to be happy, to live the life I want to live. I don’t know with whom yet, and I don’t care. I’m going to have a great time…”