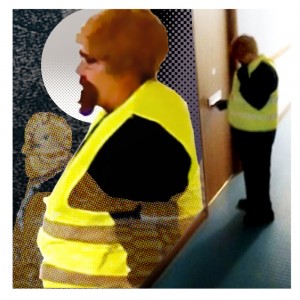 Nicki, 26, made her way slowly to the front door and looked through the security peephole she had recently had fitted. It was a workman in a hi-visibility jacket, a delivery perhaps – or were they turning the water off?

Relieved, she slipped the door catch, opened the door and recognised too late the face behind the heavy disguise. Beneath the padded hi-vis jacket, the long dark wig, the heavy-framed glasses and the false goatee beard, Nicki immediately recognised the snarl of pure hate. It was the face of her elder sister, a sister who hated her. Frantically she threw herself against the door, trying to slam it in the face of the blind, uncontrolled anger of her attacker…

Nicki didn’t stand a chance. Yvonne Caylor had planned her attack in meticulous detail. She had gone to a fancy dress shop in nearby Baldock and tried on a variety of wigs and items of clothing in April and now, on the morning they were due to meet in court, she had arrived to make good on the threat she had made to the sister 28 years her junior – “I am going to kill you.”