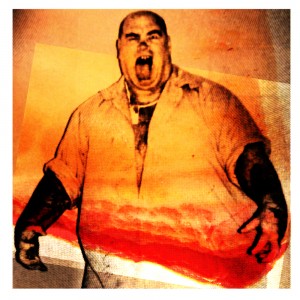 The fate of the two victims’ body parts defies human imagination. According to his confession, after burying the parts he didn’t want in several shallow graves in a little wood behind his trailer home, Metheny ate some of the rest and then chopped up what remained and put the meat into Tupperware bowls, “which I then put in the freezer.”

Over the next couple of weeks he opened up a barbecue beef stand alongside a busy Maryland road, from where he served the flesh from Kimberly’s and Catherine’s bodies. “I sold it as real roast beef, and in pork sandwiches. And why not? They were very good.

“The human body tastes very similar to pork. If you mix it together, no one can tell the difference.”

Metheny added this comment to his confession: “The next time you’re riding down the road and you happen to see an open beef stand you’ve never seen before you might like to think about this story before you take a bite out of that sandwich. Sometimes you never know what you may be eating. Ha! Ha!”