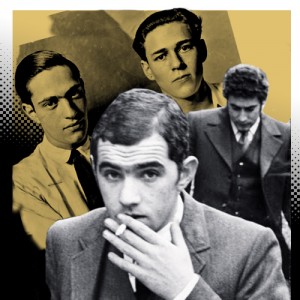 “What would it be like,” the two young men asked each other, “to kill a chick?”

It started as idle speculation between Christopher Lowery and Charles King, both 18, as they idled away the summer of 1970-71 in Hamilton, Victoria – the Wool Capital of the World – but the idle speculation soon gathered a momentum of its own.

In essence, it was the same question that had been posed by Nathan Leopold and Richard Loeb in Chicago in 1924 when they killed poor innocent Bobby Franks, but there the similarity ended. Lowery and King were not wealthy, intelligent aesthetes with a distorted concept of the Übermensch, Nietzsche’s mythical “superman” to whom common morality would no longer apply.

Christopher Lowery was a poorly-paid apprentice bricklayer, already married with a pregnant wife. All his doors in life had already begun to close – he had little to look forward to. Charles King had recently failed his entrance exam to become a technician at the post office in Melbourne. Unemployed, he had returned to live with his parents in Hamilton and taken a dead-end job as a shop assistant with no prospects and no future, it seemed.

But then, as they drove around they saw her, coming towards them down the street, with a corgi in tow. Rosalyn Mary Nolte, 15, was an only child. A sweet, innocent child, she was taking her dog Jodie for its evening walk. She loved Jodie more than anything in the world. She listened to her transistor radio as she walked.

Lowery and King stopped to talk to Jodie. To Rosalyn, they looked like fun. They offered to take her for a ride in their van – make the most of the evening. Perhaps they looked friendly enough; perhaps she was bored with no other prospect for adventure on that dull Sunday evening – we shall never know…