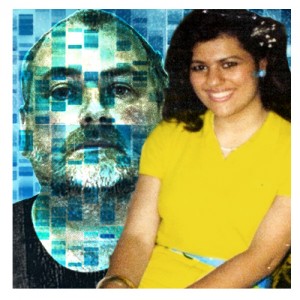 Yiannoulla “Lucy” Yianni, 17, put a copy of Patrice Rushen’s summer hit record “Forget Me Nots” on the stereo, the gentle, upbeat rhythms of the American soul singer filling the void of her Hampstead home in London.

She pulled a leg of lamb from the fridge and, as her favourite song played, she began preparations for the family dinner. It was around 2 p.m. on Friday, August 13th, 1982.

There was a knock at the front door and Lucy paused the dinner preparations, placed the lamb on the kitchen counter and went to answer. James Warnock, 22, stood there. Short and slim, he had buffed and blow-dried his hair in the style of John Travolta, his hero from the film Saturday Night Fever.

Although a stranger to the teenager, Warnock had been watching Lucy for weeks, learning her movements to the family home from the shop. Now she was on her own and he fancied his chances. After all, he considered himself a ladies’ man. How could she spurn his advances, he may have thought?

A neighbour reported seeing the two of them talking on the doorstep, although, he later told police, he didn’t recognise Warnock. Lucy, the neighbour added, had seemed to him to be at ease and was laughing. However, 20 minutes after the initial sighting, another neighbour heard arguing and a scream from inside the house.

When Lucy’s parents arrived home at about 3 p.m., they expected to see their daughter busy in the kitchen preparing dinner, but there was no sign of her and the house was quiet. The leg of lamb was still on the kitchen counter and two items of Lucy’s jewellery – an earring and a broken ankle chain – were scattered on the staircase and landing. They called out her name but there was no response.

When they looked in Lucy’s bedroom, there was no sign of her. But in their own bedroom they were met with “a sight beyond their worst imagining.” Lucy’s semi-naked body was strewn across their bed, her T-shirt torn or cut away from her. Her hair and clothing were soaking wet.

The door to another bedroom – the only one with a lock – had been forced open and the bath in the bathroom at the top of the house had several inches of water in it.

Lucy’s post-mortem showed that she had been suffocated, most likely as a result of her head being held in an arm-lock. She had also been punched, bitten and raped.