“About Five Minutes Ago, I Killed This Woman…”

“About Five Minutes Ago, I Killed This Woman…” 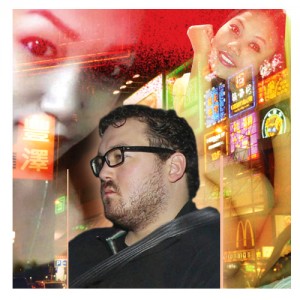 The investment banker stared into the camera of his iPhone. “My name is Rurik Jutting,” he declared.

Rurik George Caton Jutting, 31, was named after the Varangian prince who had established the medieval Kievan Rus’ dynasty in what is now Ukraine, which lasted for 800 years.

Jutting had attended Winchester and Peterhouse, Cambridge. He worked for Barclays at first and then Bank of America Merrill Lynch in Hong Kong in the commercial tax-avoidance department.

He was described by a former friend as “hard-working and intelligent – a gentleman.” And yet…

“About five minutes ago, I just killed, murdered this woman.” Jutting pointed to the body on his apartment floor.

“It’s Monday night. I’ve held her captive since early Saturday. I’ve raped her repeatedly, I tortured her, tortured her badly. I feel a bit sad because she was a good person, but I don’t really feel guilty.”

He looked out beyond the bustling seafront of Hong Kong Island from his 31st-floor skyscraper apartment. The little people moved like ants through the teeming thoroughfares of the “colony” below. In the distance, beyond the twinkling reflections of Victoria Harbour, he could see the commercial paradise of Tsim Sha Tsui on the mainland.

What had brought this wealthy, privileged, intelligent young man to a point in his 32nd year when he could so callously slay an innocent young woman?