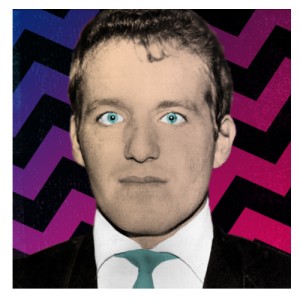 Under cross-examination in the witness-box James Hanratty scornfully dismissed his accusers.

“Are you trying to suggest to this court that I went out on August 22nd to do a stick-up with a gun? Is that what you are trying to say?” he demanded.

“Well, is it not quite obvious that if I did, I would not be looking for a car in a cornfield? I would be looking for some cash, a bank or a shop or something. If I was a stick-up man, I would not bother dyeing my hair. I would wear a mask of some kind because it is not your hair you have to worry about, it is your face. And if you are suggesting I have done stick-ups, then you are wrong…”

He went on, “The man who committed this is a maniac and a savage. I am not the kind of man the court can approve of, but I am not a maniac of any kind. I can prove it with my past girlfriends. I am a decent – I cannot say honest – man, but I try to live a good and respectable life except for my housebreakings.”

The jury deliberated for six hours and then came back to seek clarification of the term “reasonable doubt.” Four hours after that, on February 17th, they found James Hanratty guilty and he was sentenced to death.

Collapsing in the dock, he cried out, “I am innocent, my lord!”

The length of time the jury had taken indicated the depth of the initial doubt. Hanratty’s appeal was rejected on March 13th. By then 90,000 people had signed a petition for a reprieve. It was not granted.

He was hanged at Bedford Prison on Wednesday, April 4th, 1962, after walking with dignity to the scaffold. The investigation concerning his guilt has continued since that day – even into the 21st Century…